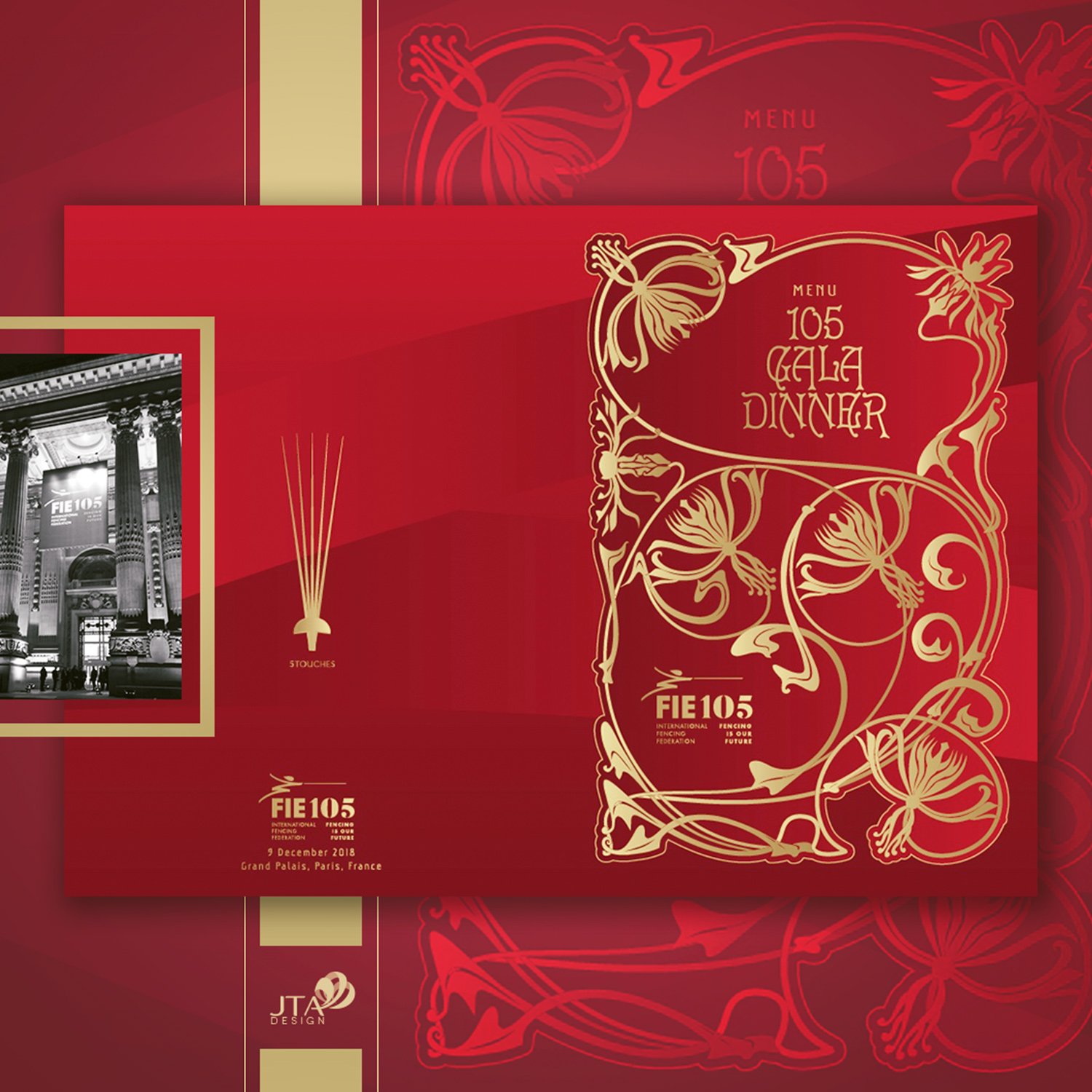 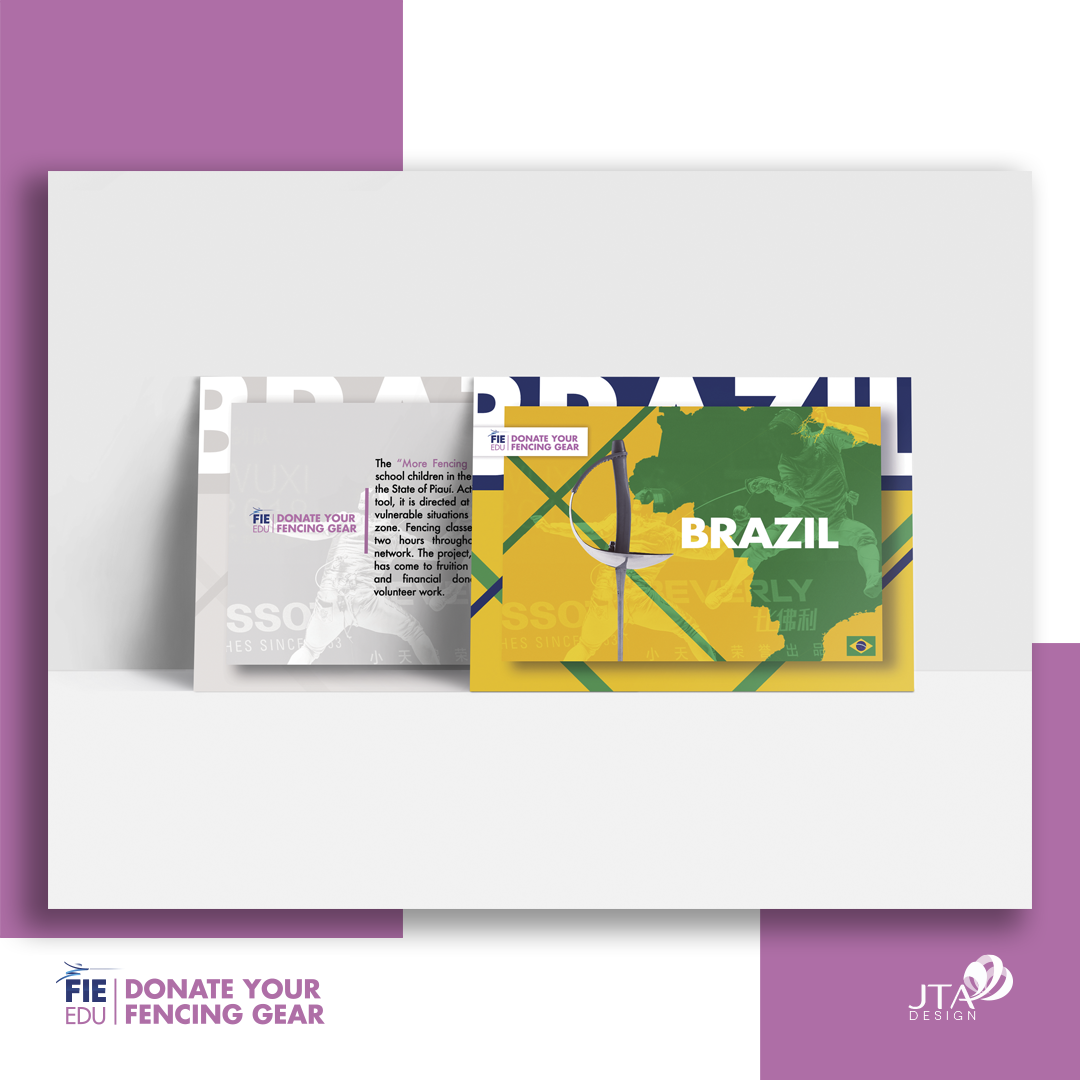 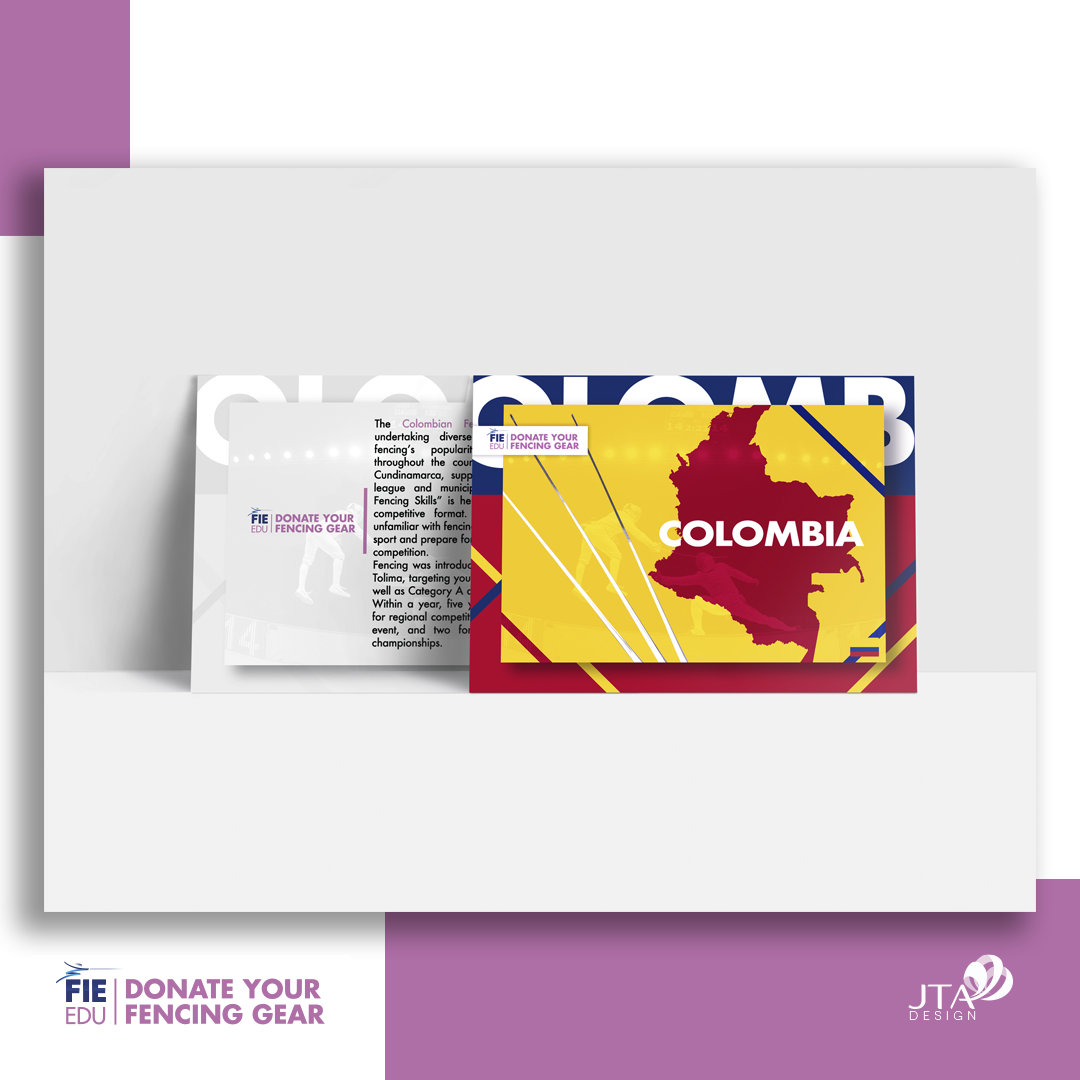 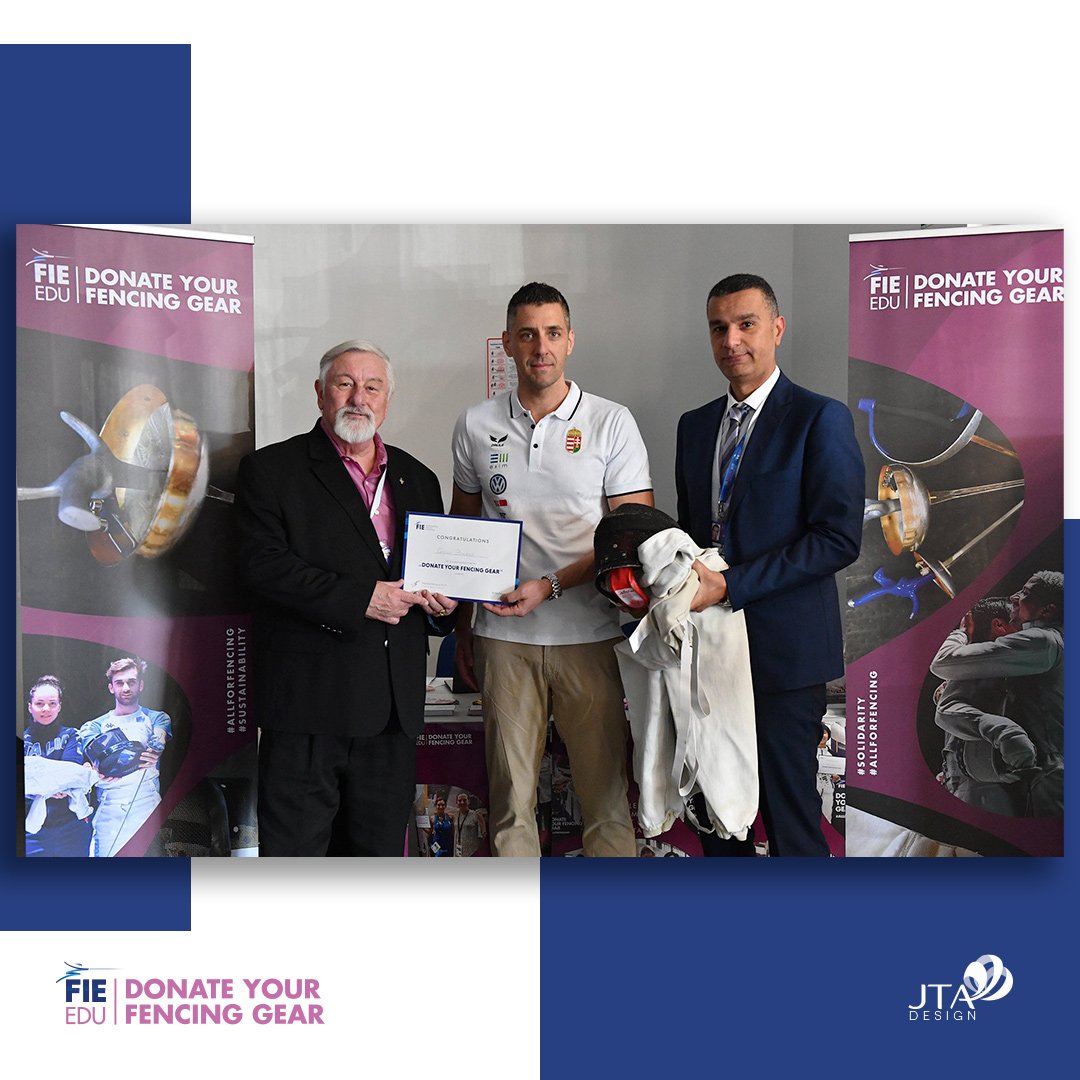 The International Fencing Federation (FIE – Fédération Internationale d’Escrime) is the international governing body for the Olympic sport of fencing. The FIE is based in Lausanne, Switzerland. Currently, the FIE has 150 affiliated member federations.

FIE has created a campaign in which fencing athletes donate their gear to other athletes from countries with limited resources, promoting solidarity and fostering the continued presence of one of the Olympics’ longest-standing traditional sports.

JTA Design worked with FIE in the creation of promotional material for the “Donate Your Fencing Gear” campaign.

In addition, we have worked with FIE on many other projects, such as the look and feel and venue dressing of the Federation’s 105th anniversary in Paris. 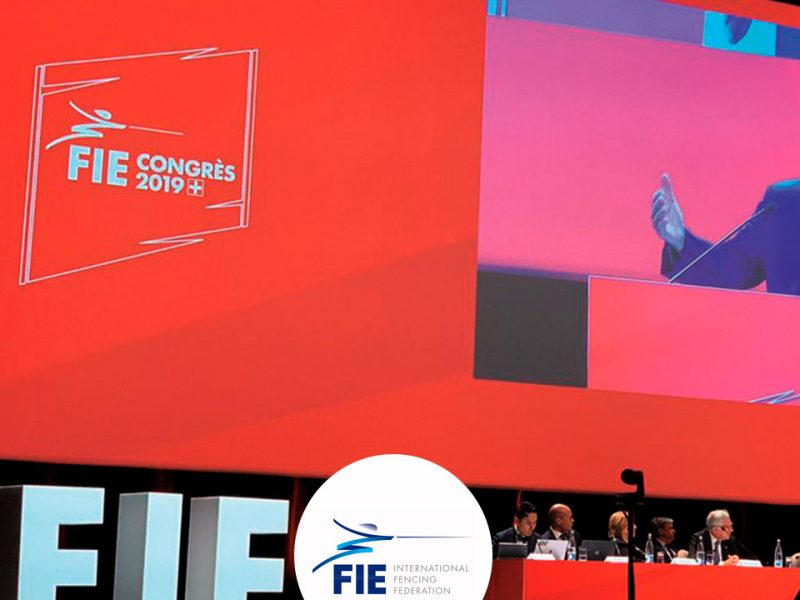 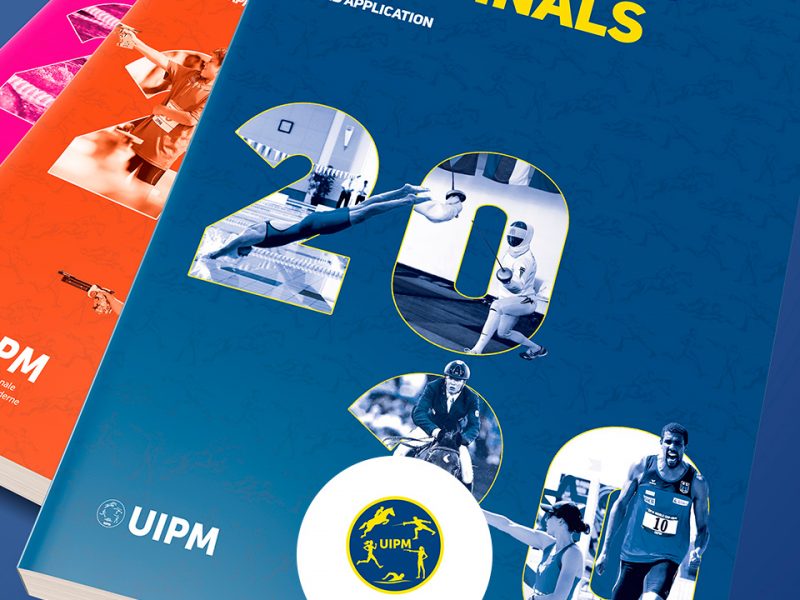 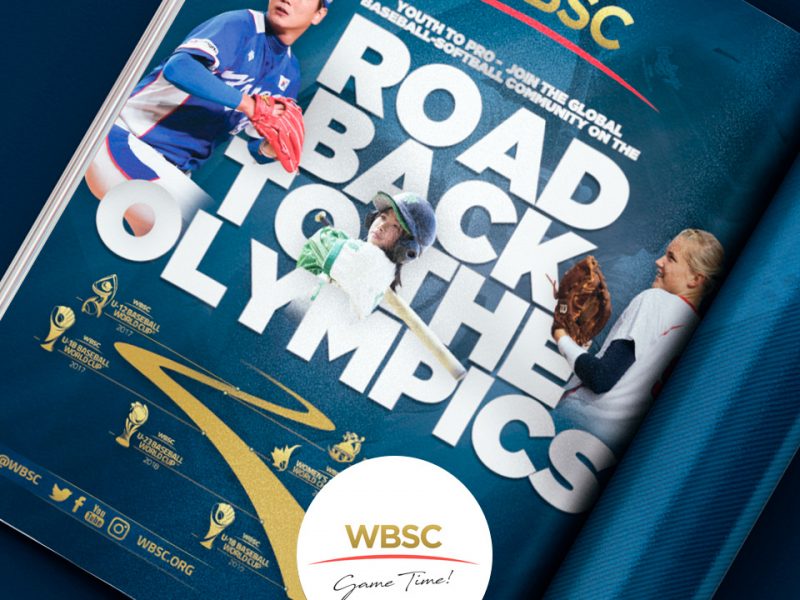 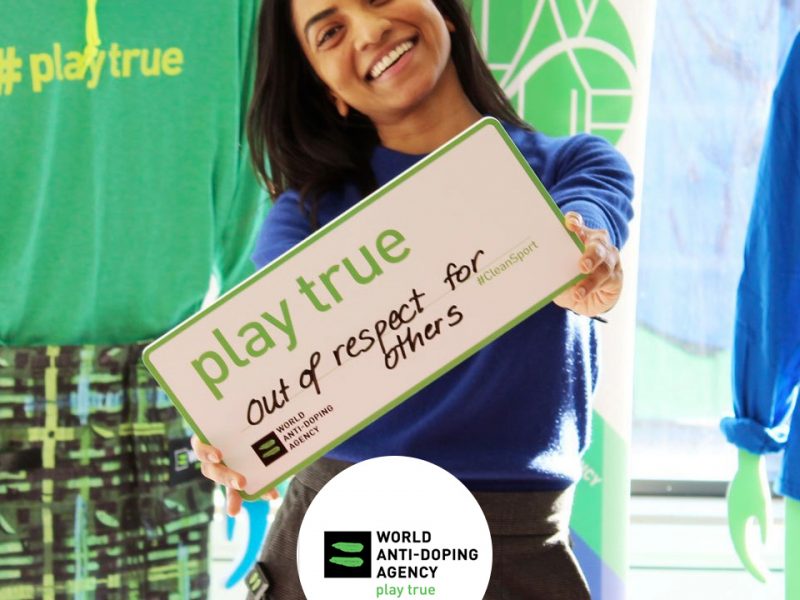